Overcoming homelessness and poverty with the help of a community garden

I went to Las Parcelas to sit down with Corem, who shared his story of overcoming homelessness, embracing his identity, and how the community garden is a reflection of the progress he’s made in his life.

Overcoming homelessness and poverty with the help of a community garden

Corem Coreano gives a warm greeting as he unlocks a padlock and unravels a long chain to open the gates to Las Parcelas, an urban garden on North Palethorp Street that is part of the Norris Square Neighborhood Project. Surrounded by loud music from sidewalk barbecues and car stereos and the buzz of airplanes overhead, the garden is an unexpected green getaway in the middle of the busy neighborhood.

Coreano points out hammocks and rows of community garden space. A small house, La Casita is a replica of a traditional rural, Puerto Rican home. A chicken coop houses three hens that provide eggs. Coreano has a plot in the community garden where he recently planted collards, kale and cucumber.

Coreano describes himself as a queer, multi-disciplinary artist. He is the teaching artist for the Norris Square Neighborhood project, but says the garden still allows him to reflect on the progress he has made so far in his life. “I feel as though whenever I’m in this space, it puts me in this meditative space, where I am reflecting on the hardships that I’ve gone through and the place where I am today.”

Coreano did not have a lot growing up. He lived with his mother and they moved around frequently, often staying with friends. His mother was disabled and could not work.

“Rent was $500, her disability check was $625, so literally all our money would go to rent, and the remaining to the bills.”

When there was no money to wash clothes at the laundromat, Coreano was sometimes bullied at school because of his odor. His three brothers had been placed in foster care and did not live with them. Coreano says that he had to go through the experience of constant moving and financial troubles alone. “I felt like an only child growing up, and I went through these struggles as an only child.”

Eventually his mother married and Coreano moved with his mother and stepfather into a row home. But their finances did not improve much. The only source of electricity and heat was a single orange extension cord that was plugged into his cousin’s house next door.

Coreano also dealt with stress and depression as he tried to find a supportive community that could relate to his sexuality. “I was bullied early on, like around elementary school, people always saw that femininity in me and they were always like, “oh, you’re gay,” “you’re this’…”

His mother was a member of the Pentecostal religion, with strict views against homosexuality.“ I felt very different because [I was] struggling with my sexuality in an area that predominantly looked down on queerness.”

When he was 16, he decided that he could no longer hide his sexual identity and found the courage to come out to his mother. While he worried about his mother’s reaction, he was becoming more secure in his identity and more confident about himself. “My mom didn’t really take it too well, but I was already in the phase of being unapologetic of who I am.  In coming out, I was accepting who I was.”

Corem reached a breaking point when he was 17 and ran away from home. His sexual identity was not the reason for his leaving. It was the living conditions that he had been exposed to at home that made him want to seek change. He was sleeping on a couch, with little access to heat, electricity or hot water.

He called a friend who had recently gotten an apartment. She told him to come over and he slept on the floor. He couch surfed with friends until he ended up at  “Home for Hope”, an LGBT shelter that he called home until he from graduated high school.

From homelessness to independence

He knew that to have his own living space, he would need a job. He started reaching out to people from his former internships in high school and eventually landed a job at Galaei, an LGBTQ support organization, doing outreach and talking about sexual health. A job opened at the Norris Square Neighborhood project, an organization that serves the community though urban agriculture programs at six Latino-themed gardens, including Las Parcelas.

Working for the organization helped him learn to love nature, and Coreano says that the garden helps him “stay grounded” and work through the everyday anxieties of life. As a teaching artist, he says his goal is to “help people turn their trauma” and “process their trauma in a healthy manner.”  He is attending community college, majoring in liberal arts. 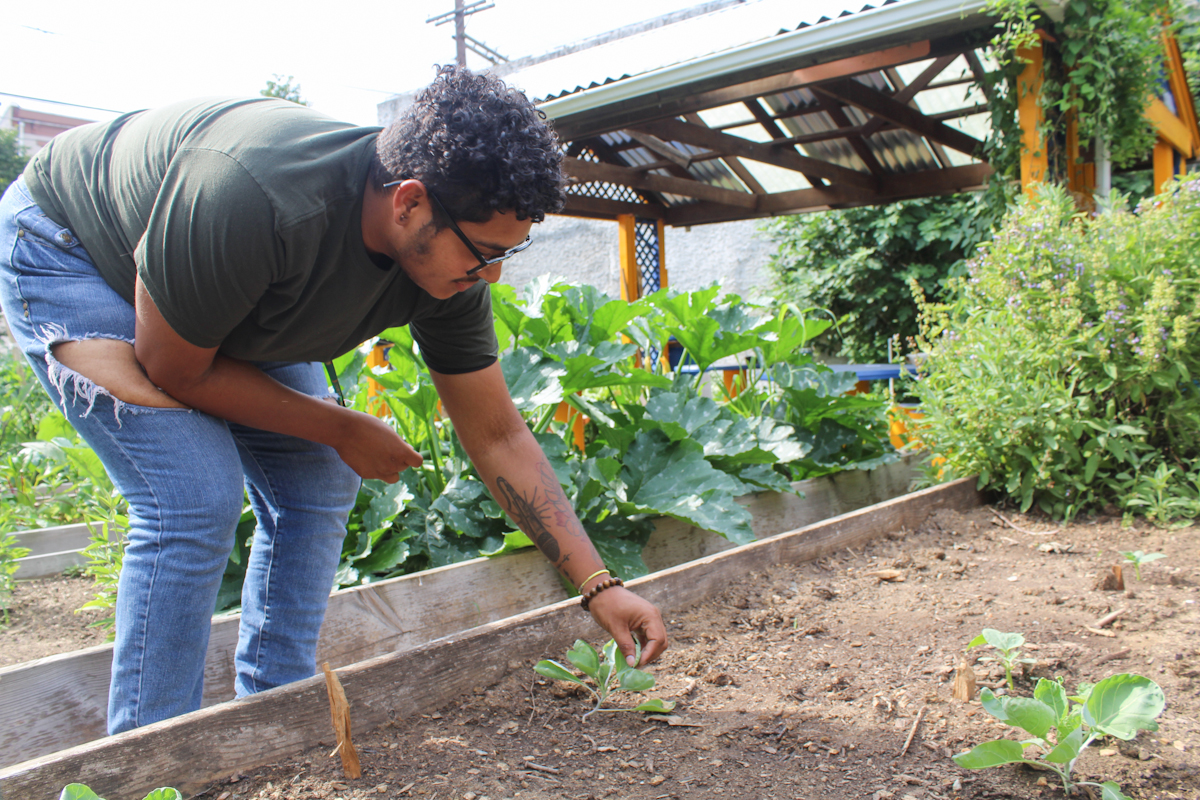 Corem Coreano tends to his budding garden that he planted himself. Kale, cilantro, and cucumber are just some of the plants currently growing. Photos: Janelle Wharton/Next Generation Radio 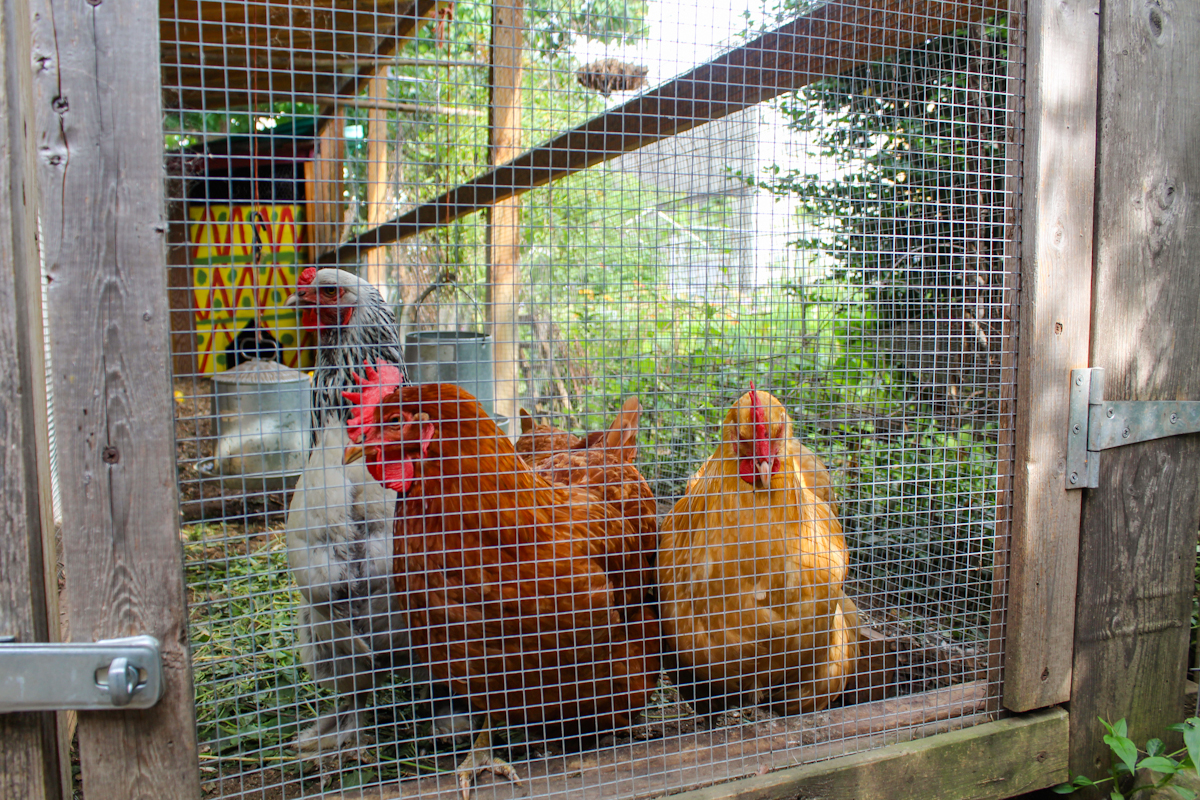 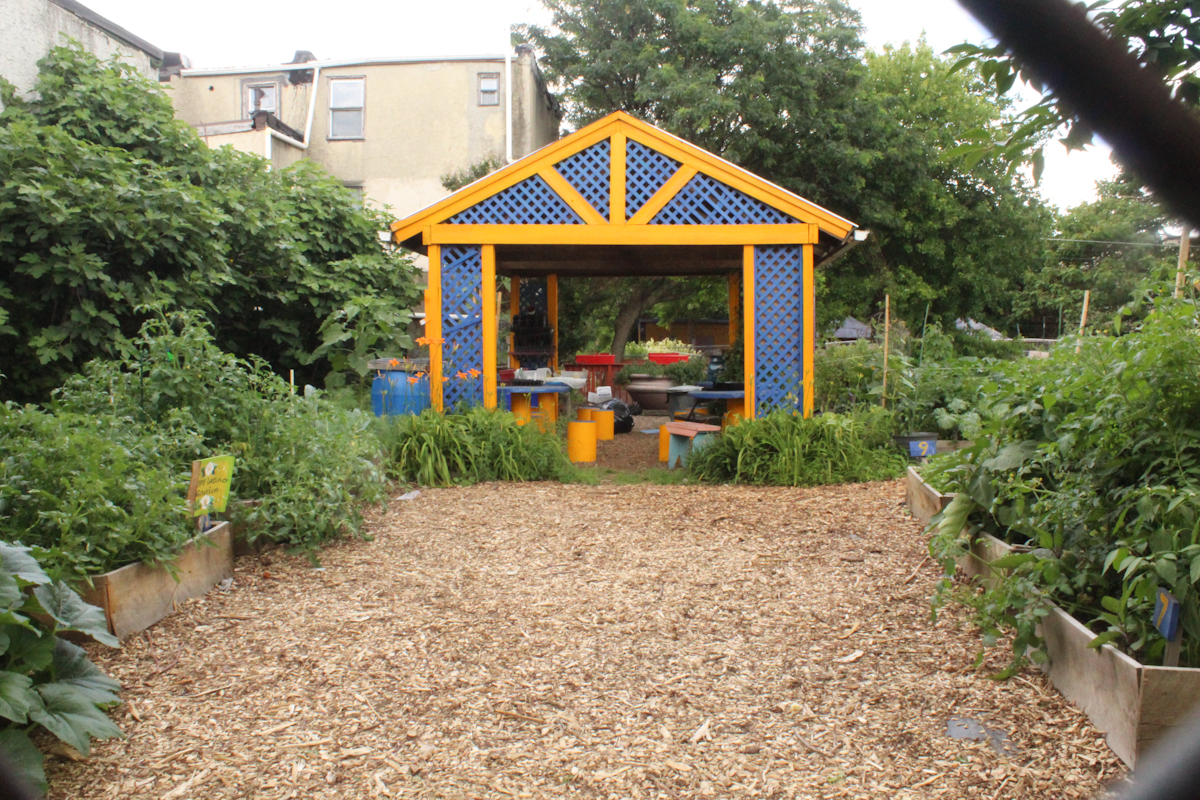 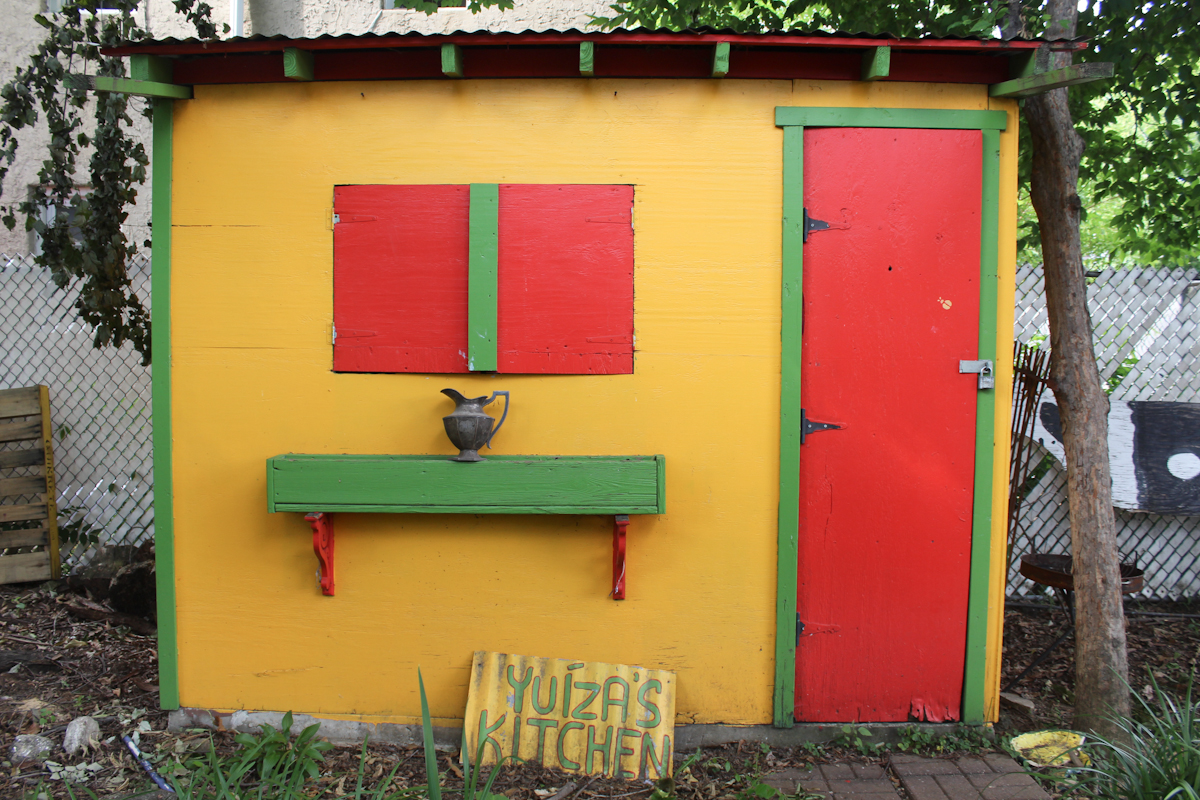 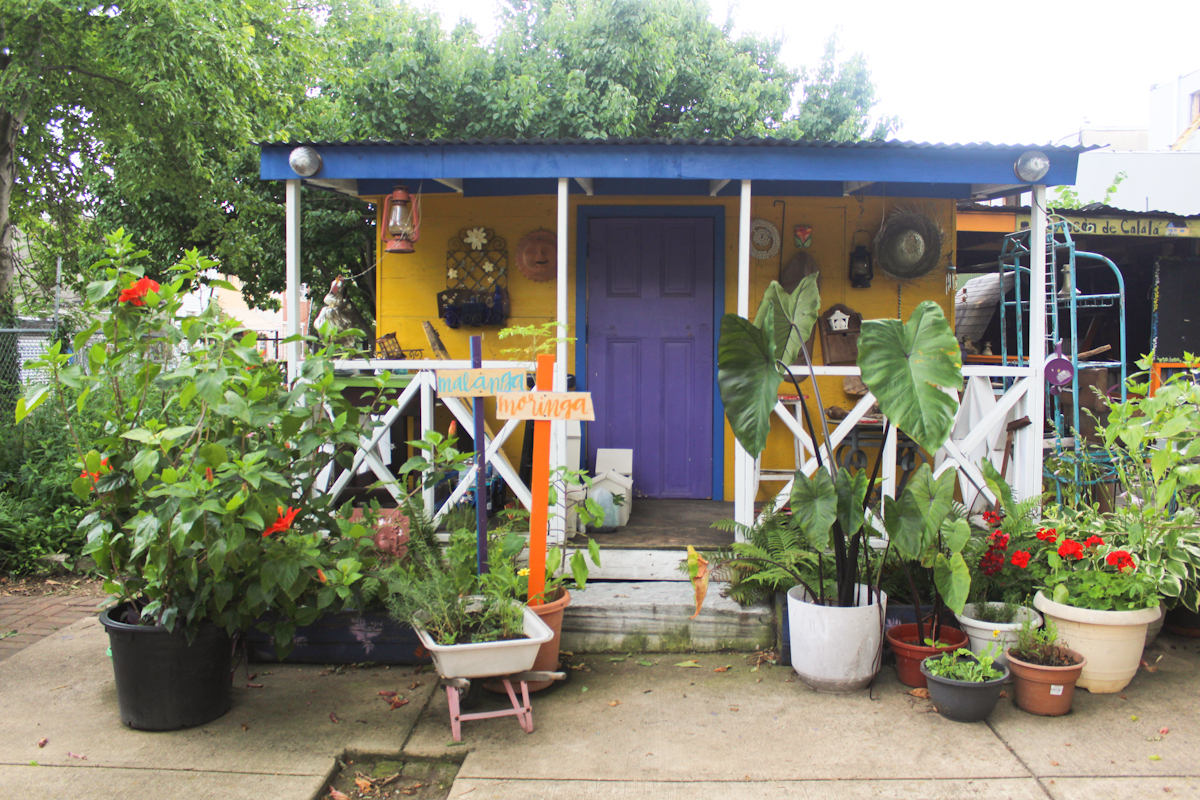 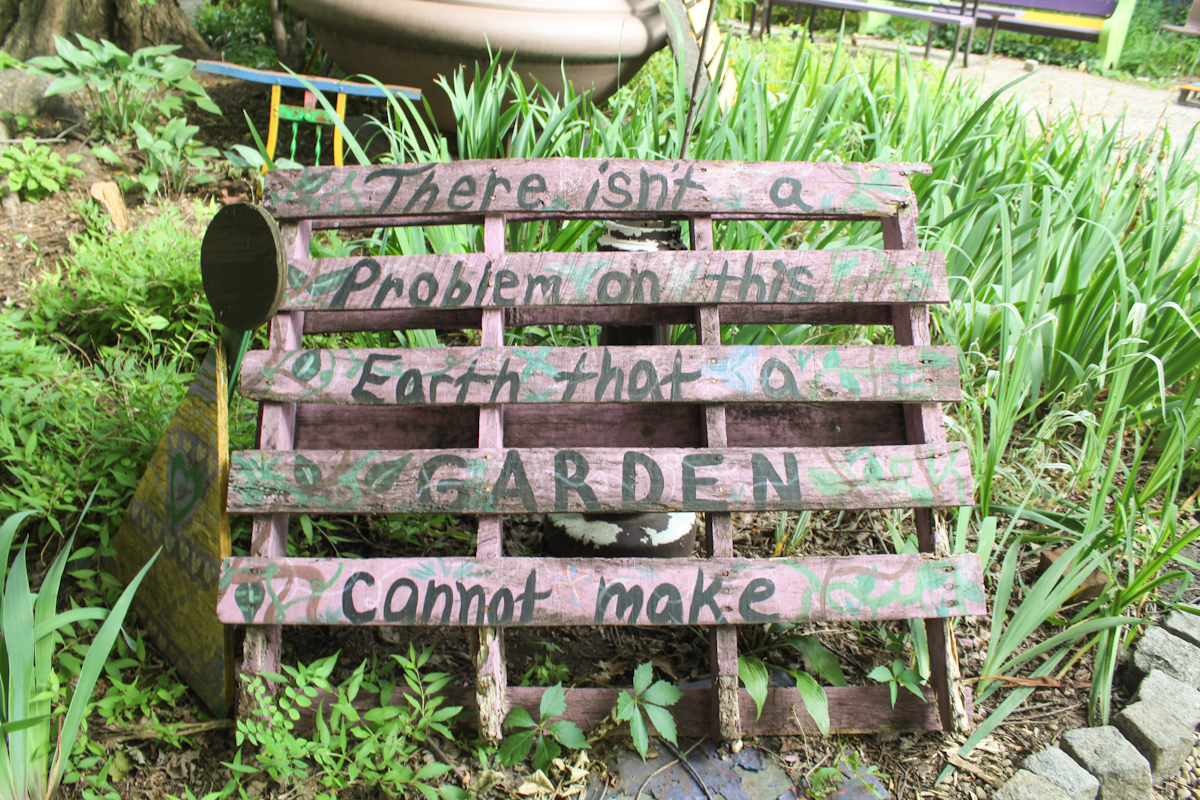 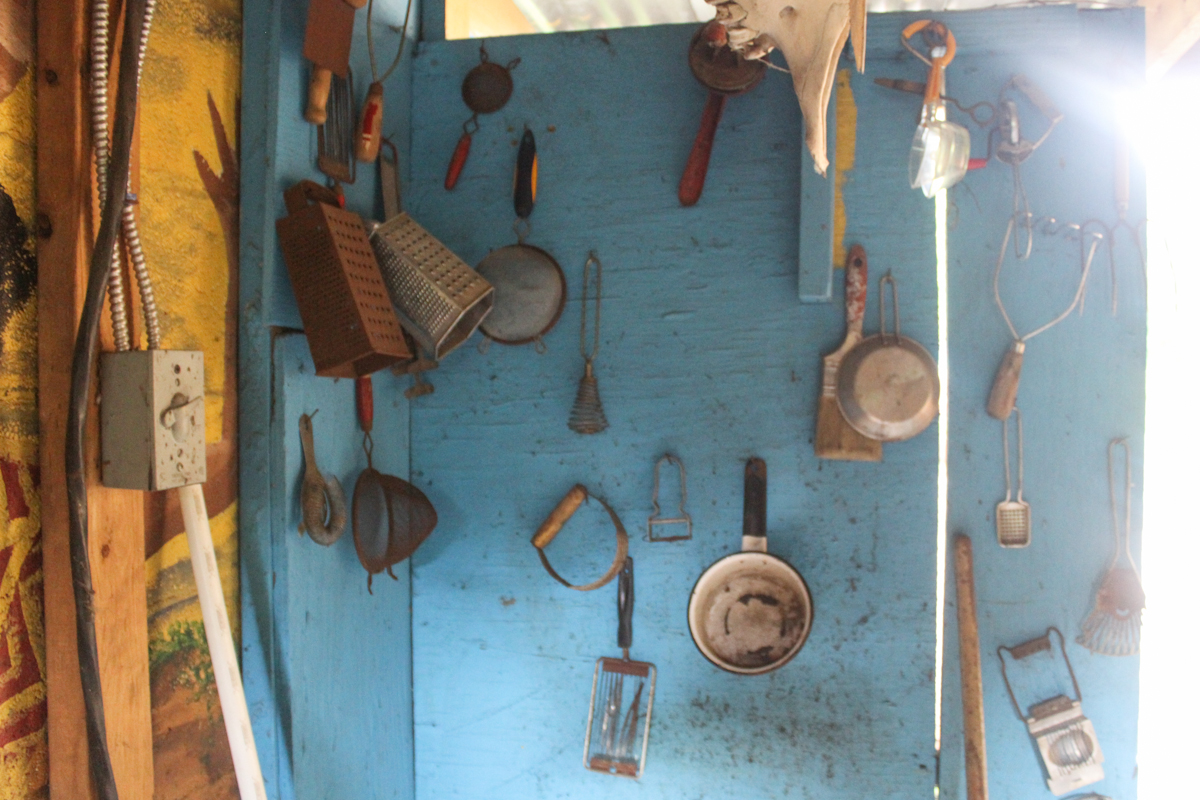 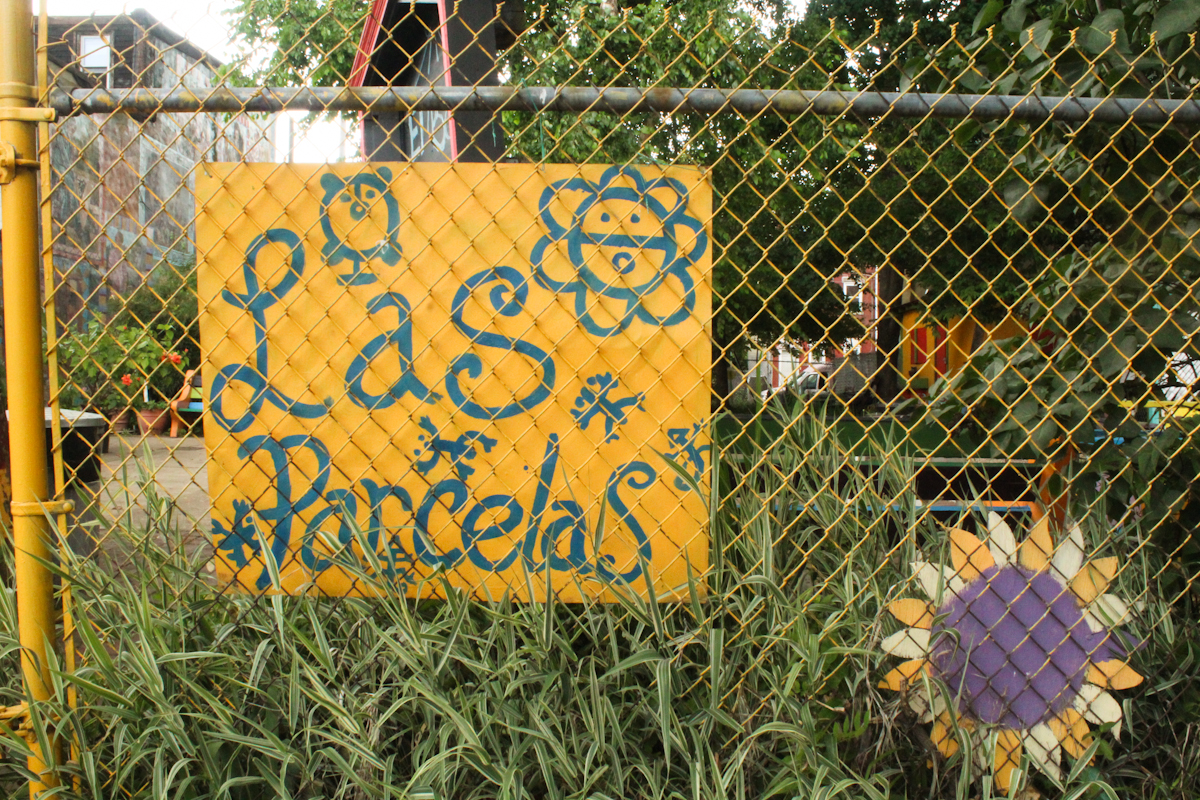 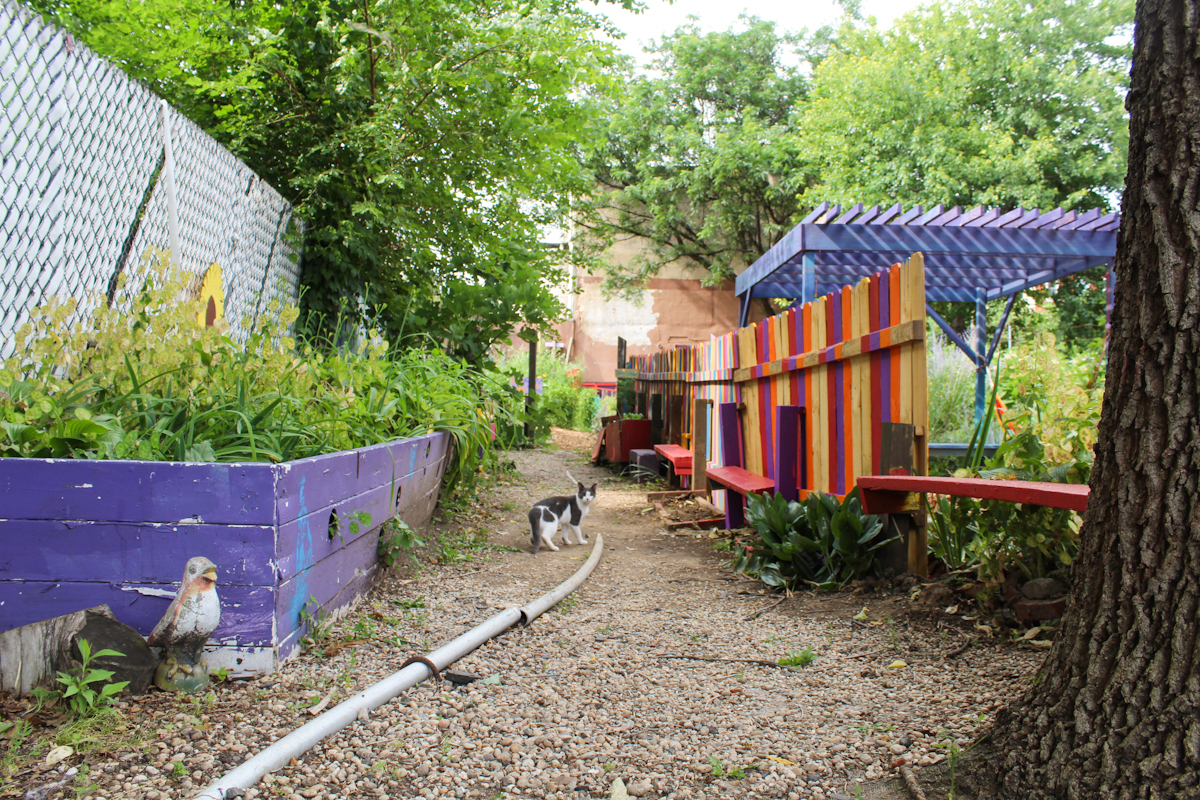 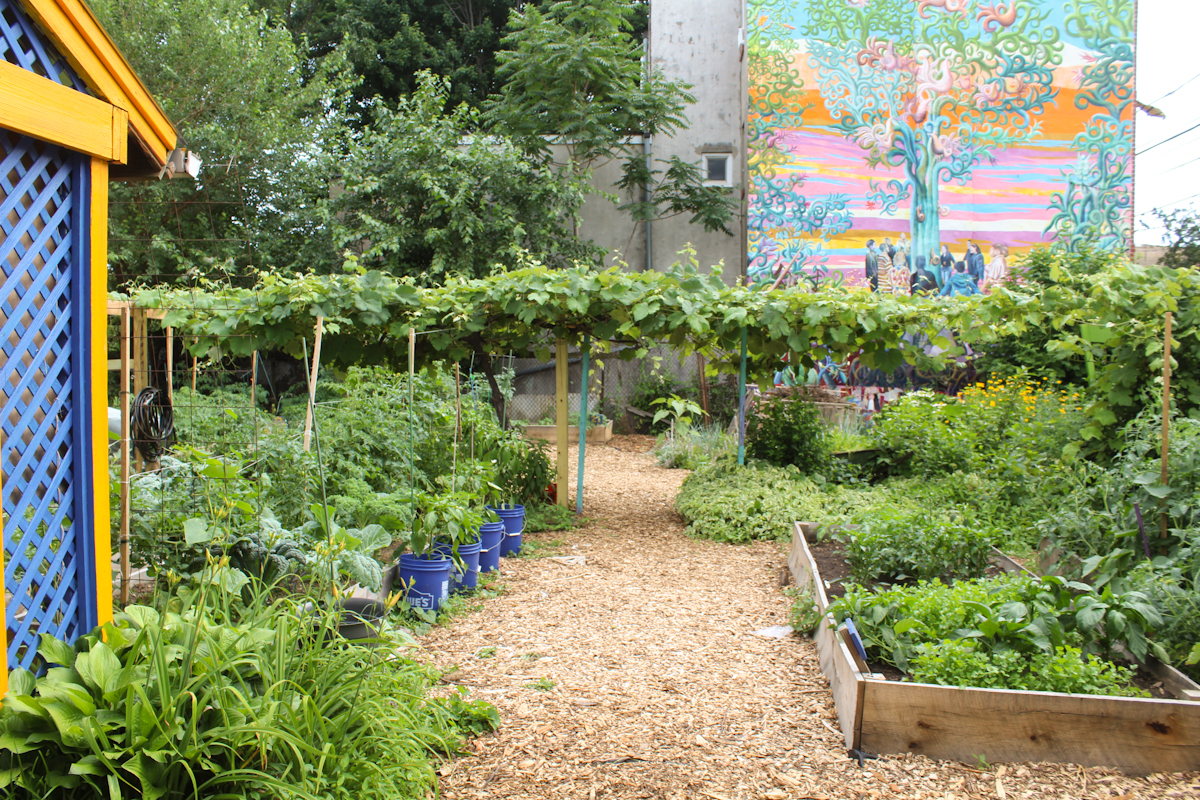 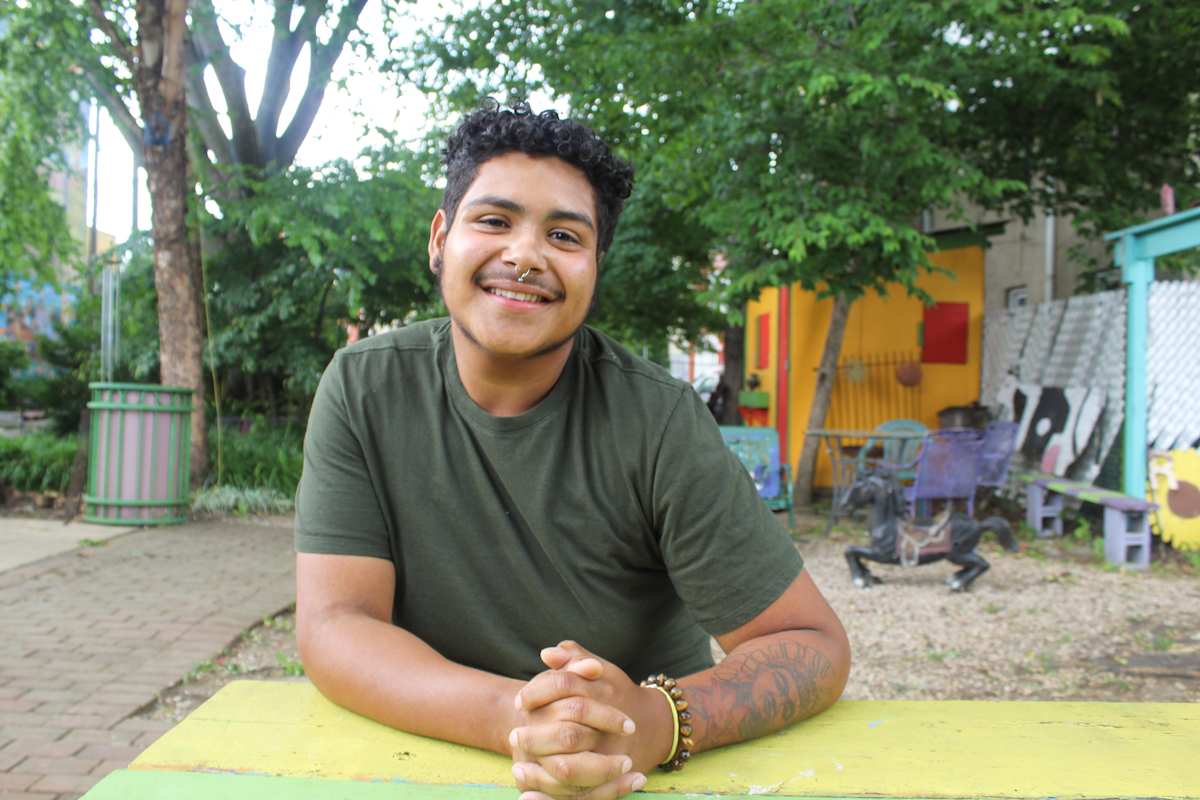