Throwing fear down the stairs

When I sat down with Kate to talk about her story, I expected her to tell me all the ways that therapy changed her. Truth is, she was the same person all along.

Throwing Fear Down the Stairs

Kate Brett’s dog, Mihra, won’t stop chewing on a stick. Calmly and firmly, Kate orders: “Drop it.” She and Mihra sit at a picnic table in Liberty Lands Park. Kate gushes, “It’s a divinely temperatured day.” Ten years ago, Kate couldn’t imagine she’d be here, doing this. Back then, her thoughts convinced her she couldn’t.

Kate started hearing them as a teenager. The idea of stabbing somebody fluttered through her mind. She worried now and then that she was “unsafe”— in the world, to herself, to other people. By the time she turned 27, she says, those “scary thoughts” had taken over her life. Kate felt compelled to do something — anything — about them. That started with protecting others from the ways she feared she’d hurt them.

“I didn’t engage with my friends, I didn’t go to family gatherings — if I did, I was often hidden in a room,” she recalls.  “I felt like I was gonna protect everyone else by staying alone on my island, in my bed….It was just kind of safer for everybody if I hid from the world.”

Kate knew she needed help, and decided to see a therapist who encouraged her to go to a doctor for antidepressants. She reluctantly told him about the fear of knives, the voice in her head that relentlessly told her she would throw herself down the stairs.

“He called my boyfriend and told him I was a danger to him,” Kate says. That was the first and only time she saw that doctor.

After that appointment, she combed the internet for answers. “At that point,” she remembers, “I would have done anything, taken any pill, gone anywhere, I would have said anything….I would have jumped off a bridge if somebody told me it would work.”  Hoping for reassurance, Kate finally Googled “violent thoughts.” The search turned up articles on Obsessive Compulsive Disorder, or OCD—the first label that made any sense to her.

Kate followed her gut and applied to participate in an OCD treatment study at the Penn Center for the Treatment and Study of Anxiety in Philadelphia. They assigned her to a clinician who “said to me, ‘You have a textbook case of OCD…People don’t recognize it because you’re not washing your hands, but I know 100 people like you with the same fears.’”

People who live with OCD experience persistent, disturbing intrusive thoughts.  Kate explains that sufferers perform “rituals” to make the thoughts go away or to feel better.  She learned that the more she tried to avoid the thoughts, the more she invited them back into her head.

To break what she calls “a horrible cycle of fear and anxiety,” she realized she needed to stop trying to will away the scary thoughts. That’s what she learned from Exposure and Response Prevention therapy. In treatment, Kate explains, “you have to go deep into your obsessions. You put yourself into a physical situation, or in something where that wouldn’t be safe or realistic, you put yourself there in an imaginary way.” The other key to the therapy is not doing anything to avoid or fight the anxiety while you stare down what scares you.

Kate and her therapist brainstormed on what would mess with her OCD most, from the mildest to the scariest fears. She remembers the day she held a chef’s knife to her therapist’s throat and told her exactly how she’d slit it. And the times she climbed to the top of a spiral staircase and imagined what it would be like to dive over the rail. Through exposure, Kate says she quickly learned her rituals were not just physical but mental. She practiced them every time she told herself she was safe, or asked somebody else to reassure her.

Within weeks, Kate began to see her anxiety for what it was: an illusion. She reflects, “The whole point is that we don’t actually ever think about it, we think about ‘Oh my God, I have to not think about it,’, but we never think about, ‘Okay, I’m gonna fall and my bones are gonna break, and I’m gonna die…the minute you start to entertain these fears, you think, ‘This is pretty ridiculous.’”

After the study ended, Kate began the “maintenance” phase of her recovery: using the tools she’d learned in therapy to treat herself. “OCD will change content and want to come back and rule your life,” she explains. New fears can surface as soon as she’s conquered the old ones.

Kate believes that learning to trust herself and to share her story with others supports her long-term recovery from “the doubting disease.” The OCD support group she facilitates is “sometimes the only time over the course of a month that I’ll talk to somebody else who has OCD.” Those meetings remind her, “Oh right, I’m not alone in this. There are other people who get this.”

As Kate scans the park full of other people — parents, kids, bicyclists and dog walkers — she catches Mihra gnawing on a small branch. As she tells her to drop it, Kate mentions how “full circle” the moment feels.  She says, “I’ll remind myself by telling her ‘Leave it, relax!’, that I need to do the same thing with my own mind…it’s just been meaningful to have her around and be her anxious little self.”  These days, Kate finds that life shows her how to confront her anxiety in little ways. At age 37, she knows the risk is worth it. 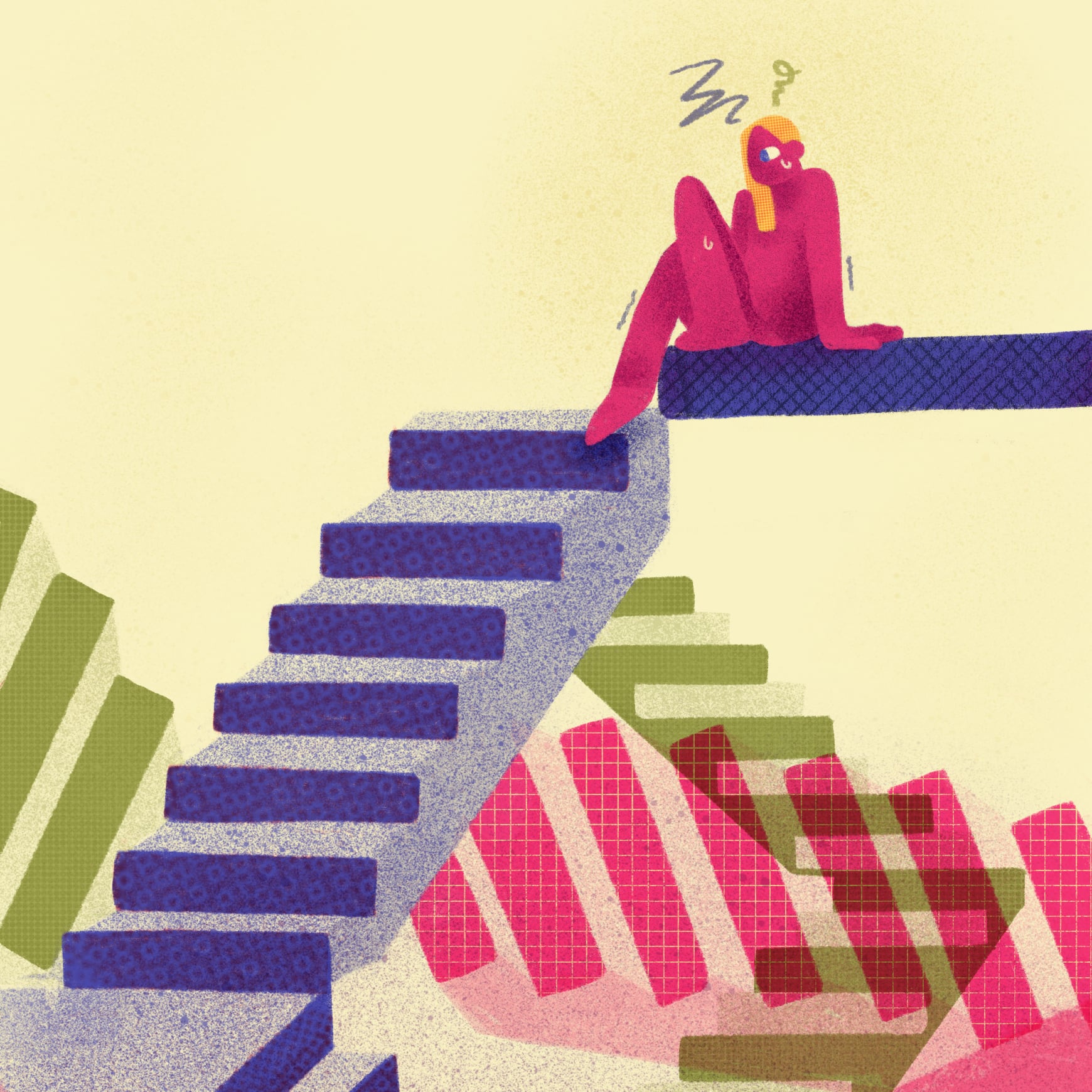 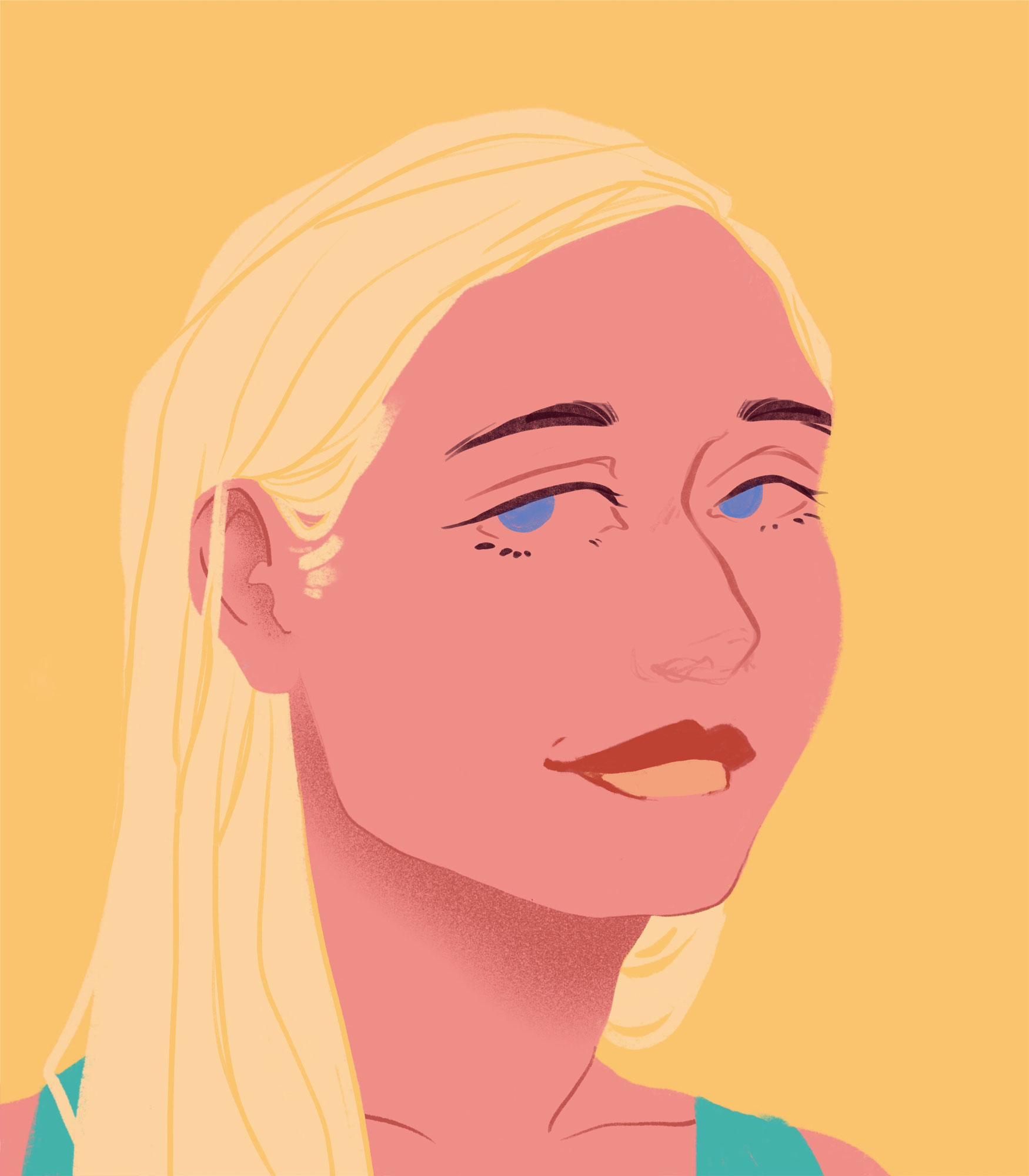 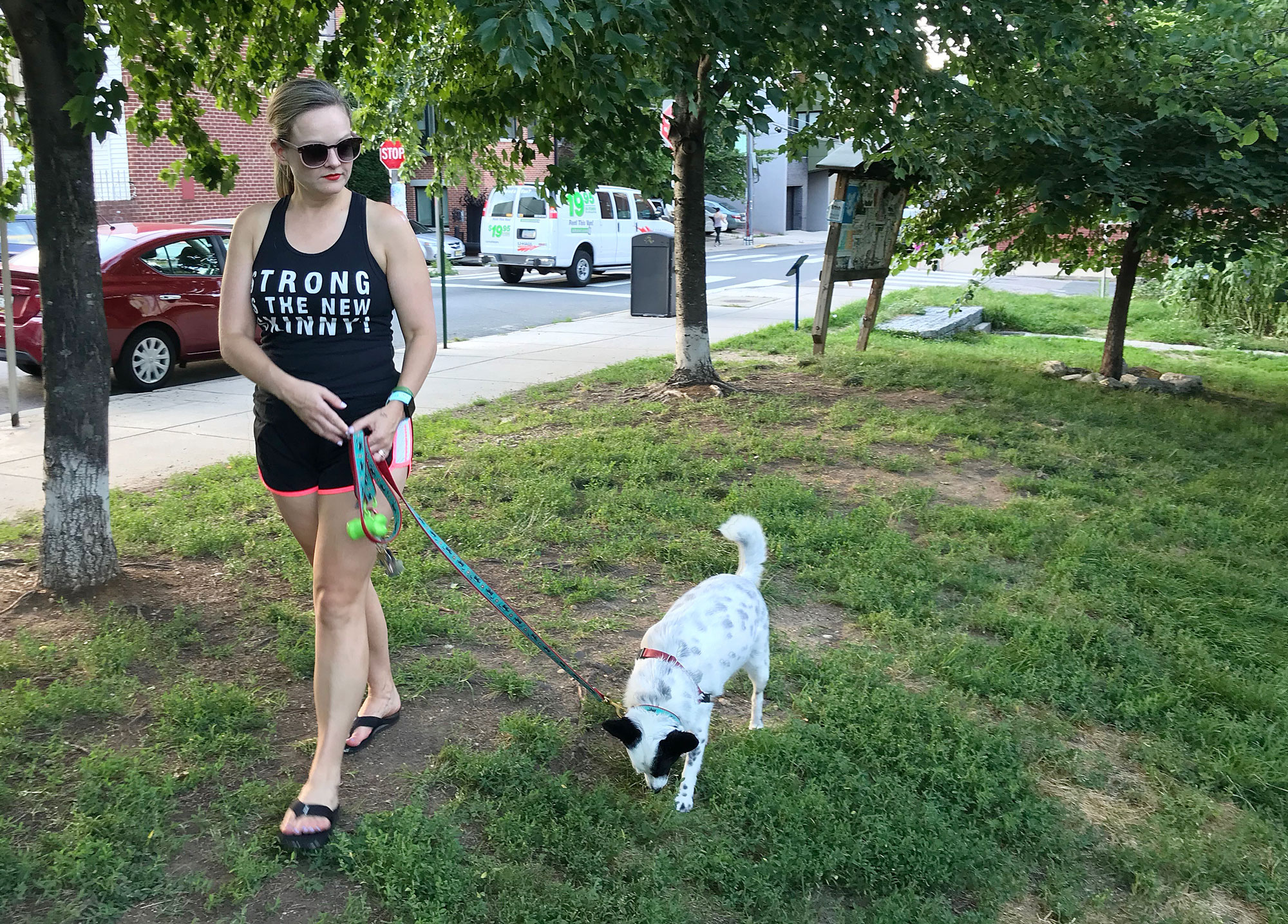 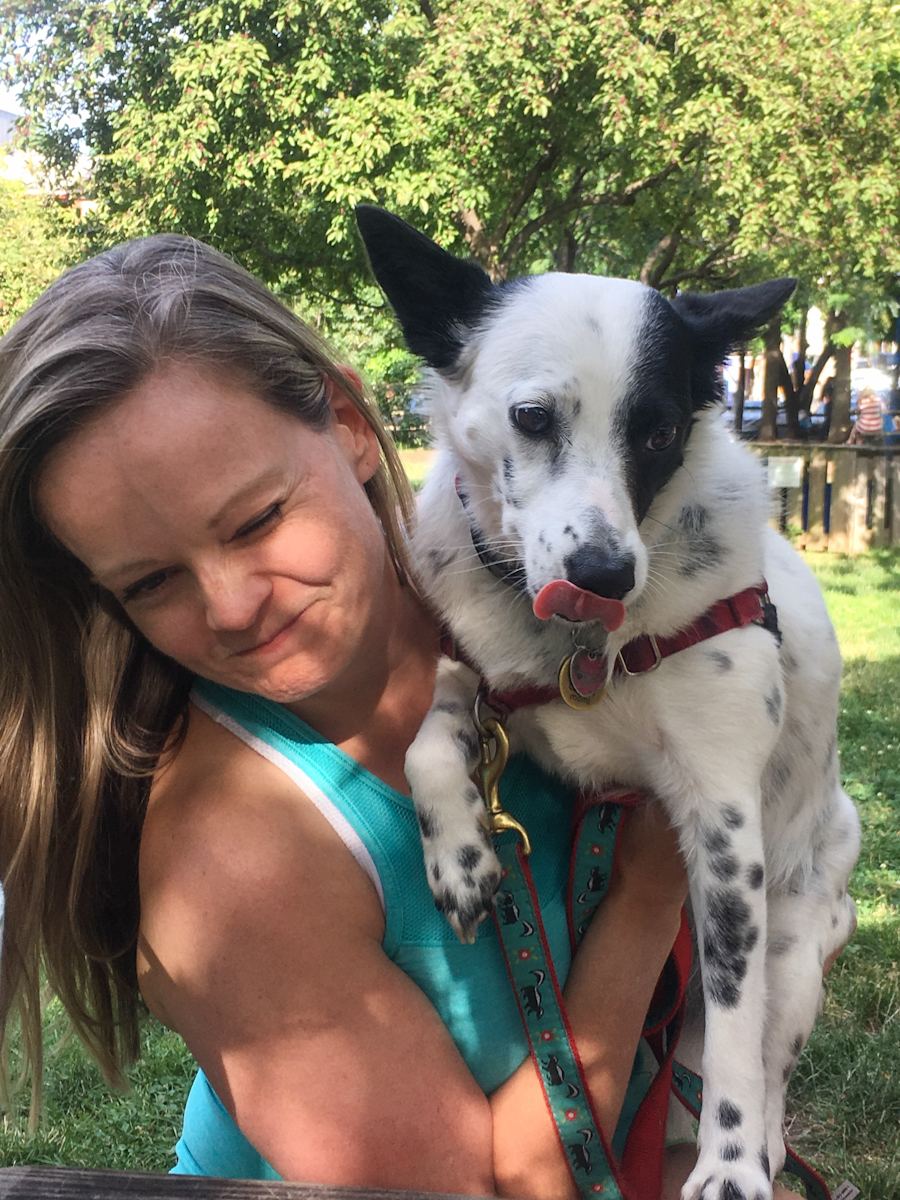 Kate Brett recognizes both she and her dog Mihra’s need to relax when they become too anxious. Photo: Christina Stella/Next Generation Radio